The Sud-Aviation SE-210 Caravelle is the first jet airliner for the short and medium distance. The first flight was in 1955.

There are only few Caravelles remaining, only one in a partially working condition and none flying. The aircraft is mostly forgotten, however;

Back in the day this aircraft was considered the pinnacle of aviation. The flagship of Air-France, united airlines, SAS and several other airlines. The first aircraft to make a fully automated landing and it had many records to its name.

When they were superseded by the next generation of aircraft, such as the DC9 and the Boeing 737, Caravelles continued to fly for regional and low-cost airlines in Europe, making aviation accessible for the average holiday makers.

Eventually the Caravelles were being replaced, mainly due to noise constraints and high fuel cost, it continued to fly in Africa and South America until the last aircraft was retired in Gabon in 2005.

I am building an X-plane model in memory of this iconic aircraft.

First attempt to model the iconic cockpit shape in Blender 2.79. Not quite there yet but it’s a start!

First work on the instrument panel. All instruments are analogue and vintage. To ensure the correct looks of the cockpit I will have to custom make every instrument separately. 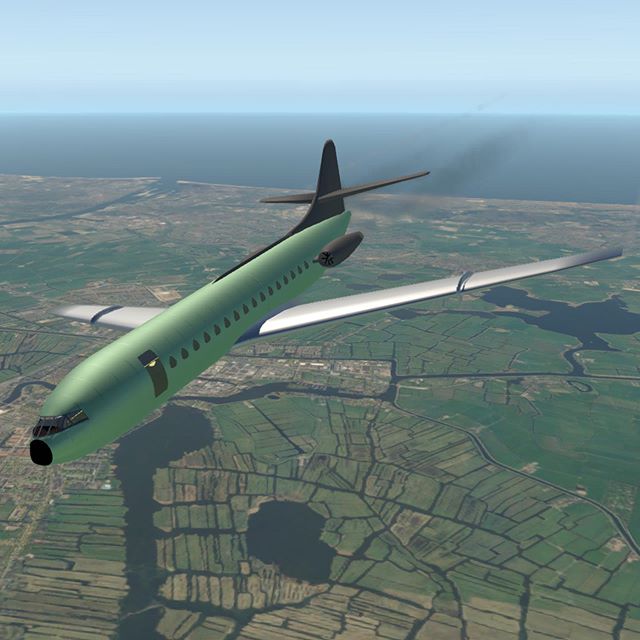 Some more work on the exterior. I now know how to add metallic shine, still I’m not happy with the shape of the cockpit.

Because the cockpit was ‘borrowed’ from the DeHavilland Comet, which had a smaller fuselage diameter than the Caravelle, a fuselage connector was added to match the different sizes. That gives the Caravelle a bit of a droopy nose. I have no exact measurements in any of my documentation of the windows, so it’s trial and error to get it right. Perhaps I’ll revisit this later. 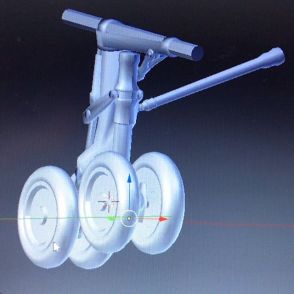 A modern airliner may have a bogie landing gear which is a rocker on the end of the strut. The Caravelle has two rockers, one on each side, with several shock absorbers that are interconnected with an intricate on either side (and through) the main strut. All of it has to retract into a tiny gear bay, so the retract axis is not aligned with the wheels. This is probably the most complex part of the aircraft. I have not done any texturing yet, but modelling and animation of suspension and retraction is done. 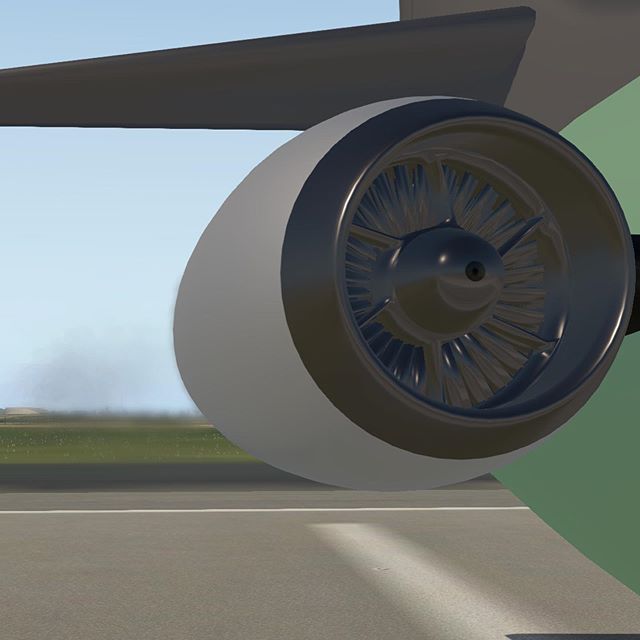 The muscles of the Caravelle is a pair of Rolls-Royce Avon engines. The same as on the DeHavilland Comet, Hawker Hunter and English Electric Lightning